Some have mixed feelings for work. Certain people love what they do, and then there are others who work just to survive.  Growing up I would observe my parents going to work and coming back home. All I knew was that they went to work for a few hours, and then came back home. I did not realize the actual meaning of work, so I just brushed it off.  I took their work for granted.

My parents would try their best to get me whatever I wanted, from my favorite foods to toys. We moved to Albany, from Queens, when I was almost 11 years old. My dad had a new job up here which required a lot of overtime, so sometimes he would go to work for 2 days straight. There were times where I only saw my dad once or twice a week. A few years went by, and now I was almost 14. One night I was having a hard time falling asleep. I was thinking about my day, my actions that day, and things that have been going on around me recently. I started to think about how I do not see my dad as much, ever since he started his new job. That is when it hit me. He was working so hard to give my brother and I as much as he could. Since I was going to turn 14 that summer, I was going to be old enough to work.  I made a resolution that I would work so I would not have to keep asking my parents for money when I wanted to go places with my friends. I got my working papers and I worked for the next three summers. I did not make a lot of money, but I made enough to cover some of my expenses.

Once I turned 16, I was able to work when school was not in session so I started looking for a weekend job. I was a minor with minimal work experience so that was the largest obstacle I had to overcome. There were many more qualified applicants, so almost every place that I had applied to did not call me back, or said they would but never did. I was starting to get frustrated but I knew eventually one of these places would hire me and once I was in, it would be much easier for me to get other jobs. There was a toy store in a plaza near my home. My mom worked at a bank in the same plaza. She learned that they were hiring people for the Christmas season. Although it was a seasonal position, I thought that, at least, it was something for now, so I went and applied. I got an on-the-spot interview and I was hired within a week. I finally got a job to work on the weekends and breaks. As the Christmas season was ending the manager decided to keep me. This made me ecstatic. I finally had a steady weekend job. Since they were a small shop, they were not able to give me many hours, but it was okay since school was still in session. I worked there throughout high school. The summer, before college I decided to take up a second job instead of sitting around all summer. This time around, the job search was easier and I was able to find a job within 2 weeks. 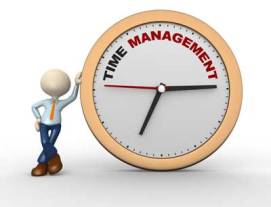 I still work two jobs and go to school full time. I often am asked how I work two jobs,  go to school full-time, and maintain good grades. It is all about timing. If you waste less time and get stuff done, you will be just fine. There is also the motivation to work and cover my own expenses so my parents have one less thing to worry about. I was able to achieve this resolution, even though it took a few years to achieve. Things are not always easy but you have to keep trying. That’s the only way to succeed and also how I fulfilled my resolution.