That happened to me two weeks ago. I was already in a rush because I was late for work one morning and I was at a location that reminded me of a friend who passed away last year.  It triggered many emotions that I have not felt in many months. In that moment, I felt my heart break all over again and the worst part was that I couldn’t find time to express how I was feeling since I was already in a rush. 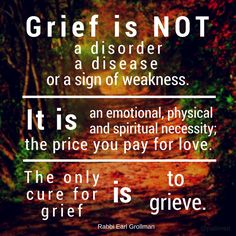 There I was at work, suppressing my grief, and counting down the hours until my shift was over. Luckily, my CAPS appointment was right after, so I had my counselor to talk to. But having to hold back the tears until I was off was no easy task. I had to pretend I was okay and as a result, I just stayed to myself. I did not expect to be in a predicament like that, being caught off guard and having no one to talk to about what I just experienced until hours later. I could not help but wonder what I would have done if I didn’t have my CAPS appointment to go to.  The reality is, I won’t always have my counselor to talk to right after a triggering moment like that. I wonder if I would have gone back to my room to cry, tried to find a friend to talk to, simply ignore how I was feeling, or have done something else.

I am very grateful for the safe space that CAPS gives me. I cried, and I cried hard. I didn’t realize how much I had suppressed with my friend’s passing. I acknowledged how I felt when he first passed away, but other than that, I hadn’t taken the time to realize the impact his passing had on me, so being triggered by something that reminded me of him was really hard to deal with. 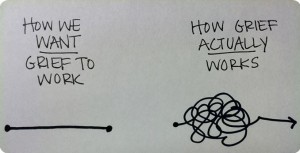 If I am being honest, I don’t think I dealt with the grief associated with his loss in the same way I dealt with all the other loved ones I have lost over the years. There was a lot of uncertainty surrounding his passing and I think that is what made it difficult to fully acknowledge and deal with how I felt. In some ways, I felt like I didn’t have the right to be affected by his passing, just because I was not the closest person to him. I knew him since middle school and we shared a lot of great memories over the years, but I felt this guilt because I had not spoken to him in almost a year before he passed away. It’s like I told myself that I had no right to be grieving him, so I suppressed it until I was reminded of him and it resurfaced. I have talked about losing him to friends several times over the last 6 months but I do not think I did enough to help myself through the grieving process. And that’s why it hit so much harder being reminded of him unexpectedly.

Now that it’s Spring Break, I’m going to take time to write more about the feelings associated with his loss. I’m going to let myself feel so that I can let the pain motivate me to push hard for my last two months of undergrad. He’s supposed to be walking across that stage with me in May and the thought of that crushes me, but I know he’s watching over me and everyone else who was impacted by him.

It is okay to be sad over the loss of someone, no matter what the relationship was like. You have every right to feel the way you do. If they had even the slightest impact on your life, you’re going to be affected; it’s inevitable. Being reminded of my friend helped me realize the importance of acknowledging how you feel so that you aren’t suppressing your grief and carrying the weight of those emotions. It can be a lot to deal with, I know. But take the time to deal with your feelings now so that it can get a little bit easier later down the line.