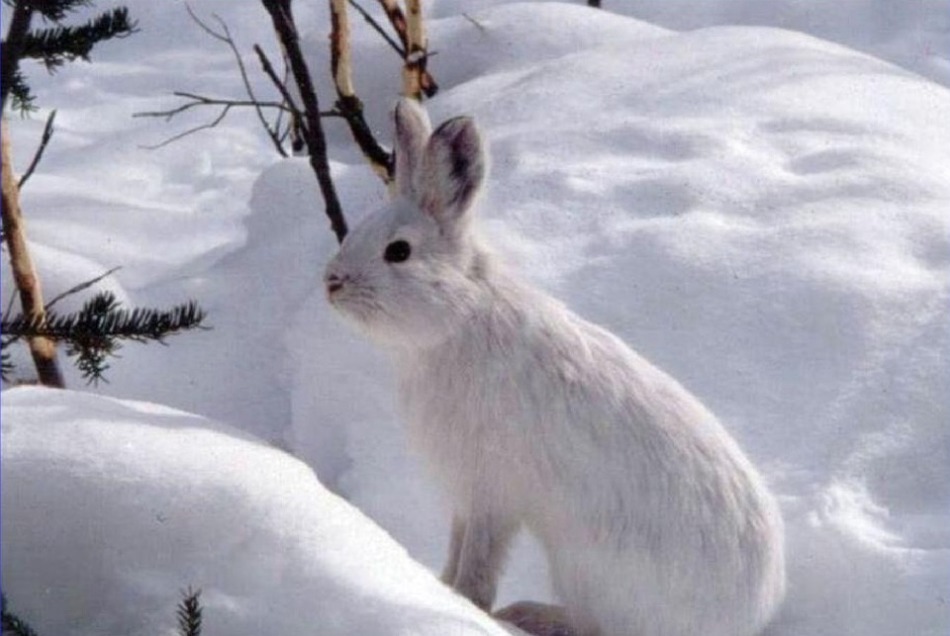 While searching our website for something unrelated to this post, I came across an old, UAlbany Alumni posting that listed fond, student memories of winter at the University. Enjoy!  – Rachel Moody

I recall the first major snowstorm arriving in State Quad, in the winter of 1980, right around final exams. An impromptu snowball fight arose between dozens of laughing participants. Within minutes, the crowd moved to the quad cafeteria, where innocent students (who were actually studying) were pelted mercilessly with snowballs. Finally, I hurled my last snowball into some stranger’s back. It turned out to be the head residential life professional for the quad. We locked eyes, then I sprinted to freedom. College. -Rob Reichman ’84

One of my most memorable winter moments of Albany was unfortunately the night John Lennon was killed. It was a cold December night – 1980 – my junior year. I had just returned from having dinner downtown with a friend and was getting ready to study for my English literature final. When the news came on the radio, Indian Quad was so still. Later that evening, a bunch of us got together and watched a special on John and Yoko. It was comforting to be with so many young adults who felt a special bond with everything John Lennon stood for. During that night, someone on Indian played “Imagine” loud enough for everyone to hear. Of course, no one minded. -Andrea DiOrio Guarino ’82

My favorite winter memory of UAlbany is tracking through the snow to make it to class. The campus always looked so beautiful to me covered in the fresh white snow. -Amanda Grant ’98

Here’s what I remember about the winters at the new campus starting about 1967 till I graduated in 1969. It was oh so cold walking to classes from the dorms in one of the two quads which were built in 1967. The wind and snow roared through the quadrangles and made it feel even colder than it really was. Then some of us figured out that there were tunnels connecting the whole monstrosity of a campus. We quietly made our way through the tunnels to the classroom area. That was great, but the tunnels were off limits to students, so we had to be very careful about using them.

I remember that the parking lots for students at the recently constructed new campus seemed to be miles away from the dorms, and because they had not yet been paved, they were either solid ice or a mud hole. Oh, such pleasant memories. But before moving to the new campus, I remember living in Alden Hall on the old campus and walking close to a mile to go to an 8 a.m. swimming class. Talk about cold! 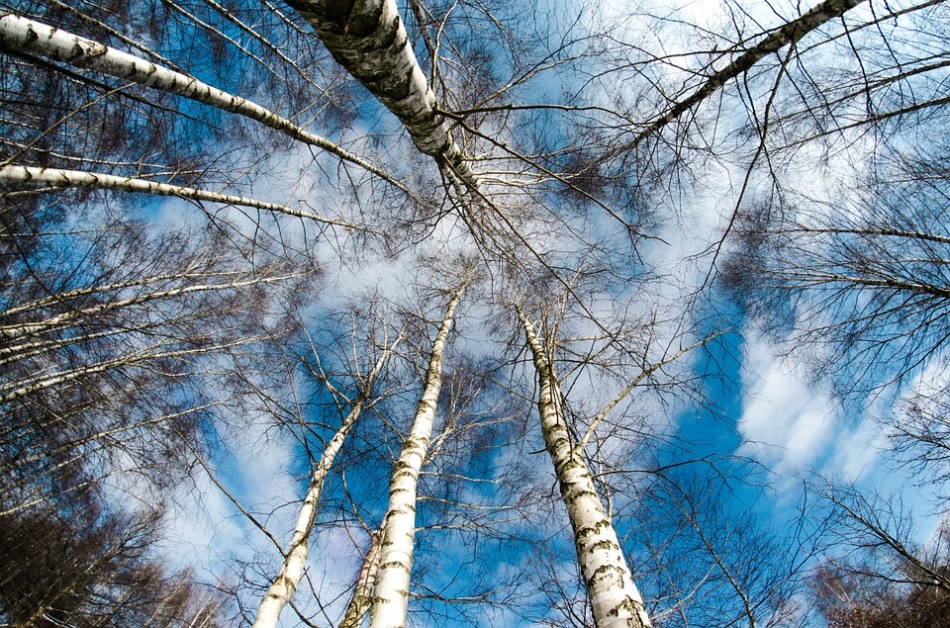 We used to “borrow” the trays from the dining halls (Do students still do that?) and go trekking over to the top of the ‘bowl’ of the football field and sliding down the hill – hoping to stop before the fencing that surrounded it. Made us feel like kids again! Made us feel like kids again! Of course the climb back up tired us out a bit, but I seem to recall that we may have had some wineskins (remember those?) filled with Boone’s Farm at that time to help us through the afternoon.  Yes–I’m an oldster and that was very popular back then. -Jim Giner ’75

It was either after winter break in ’69 or ’70 when the chartered buses returning us from our homes on Long Island pulled up to the podium to unload us. We disembarked to find the banks of plowed snow topped with even more snow drifts that were so high, we couldn’t see the podium buildings. The only visible structures were the towers. It was COLD and everything looked white!! I remember it distinctly 35 years later.  -Wendi Feldman Siegel ’71

I think my favorite winter memory was the evening I walked out from having taken my last undergraduate final exam in history. It had been an intense three-hour essay test.  I was just so happy to have survived. It was late evening and the snow was coming down in the largest snowflakes possible. Where I was standing, Dutch and Indian quads were lit, but nothing was very bright. There were a few dim lights on in the building I had just come out of, but where I was standing, it was mostly silent and dark. Christmas was still a week or two off. I stood for the longest time in the darkness and the snow. I was able to let go of all my cares at that moment. That is the memory I brought forth when I read the “UAlbany Asks You” task. -David Snyder ’97, ’99

My favorite winter memory at UAlbany was freshman year, ’97-’98. I was living on Indian Quad and one weekend there was a snowstorm, so a bunch of us decided to have a snowball fight in the field on the way to the podium.  There were at least 12 of us, boys against the girls, and we were just able to be kids still but get out a lot of pent-up frustration at the same time. It was a great time and an awesome snowball fight! -Sarah Howard ’00

I remember returning to Albany after the Christmas break in 1969, my freshman year, and encountering a winter wonderland. Coming from downstate, I was used to snow but not the amount that had fallen in Albany during the break. Sidewalks around Alden Hall were obviously plowed with trucks. High walls of snow were present as I walked Western Avenue. It was a strange feeling. Cars were buried in the parking lots. Roads were narrowed to a point that barely one lane in each direction existed. The SUNY Bus ran with very long delays the next morning. We never again had such a snow during my time in Albany.

My other memory is putting beer on the window sill outside the dorm room to get it cold.  In just a short time you literally had an ice cold brew.  I have got to say the beer never tasted better. -Bruce Petchesky ’73

Returning from Thanksgiving break in my freshman year in 1969, I remember trying to navigate the snowbound Albany and snow banks that resembled my hometown of Watertown. Watertown had two snowplow factories to cope with its reputation as Snowtown USA. However, Albany’s mayor, the redoubtable Erastus Corning 2nd (not II, he insisted) was credited with the comment about, “Mother Nature brought it here; let her take it away.”

As it happens, even Watertown couldn’t cope with 72 inches of snowfall in six days in 1978, when the city enlisted help from cities across the Northeast to clear the snow. My father was unable to leave his apartment for the weekend because of the snow, and driving was banned in the city for the following week. About 300 people also were stranded at the Ramada Inn near I-81.

Maybe the only solution for Watertown was … June. -Stephen H. Goldstein ’73, ’85

I remember the “great strike” of the early 1970s; the resolution of that strike saved me from a D in computer science! But my greatest memory was when a roving band of students were crossing the campus, “liberating” buildings. My friends and I were in the main lounge of the PAC, overlooking the entire academic quad. We watched as our fellow students, banners in hand, vociferously exhorted us all to join them. As they approached our building, one of the more vocal leaders said, “Don’t bother with this one – there are no classes in there!” Theatrically appalled at our exclusion, we quickly fabricated a large banner which we draped in the massive windows of the lounge; it read “LIBERATE US!” No one ever did. I guess they figured that, as theatre students, we were already free enough. – Jessica D. Scherer Rothman ’72, ’73

I lived in Brubacher Hall all four years I attended UAlbany, which was actually known by several different names during those particular years in the mid-’60s. My favorite winter memories are decorating the doors of our rooms for the holidays and the wonderful tradition of the Holiday Sings. I can remember practicing songs with the group from Bru, but I don’t think we ever won. It was fun trying, though! -Carol “Kitt” Rarog Jackson ’66

Always hating cold weather, I look back on my four years at SUNYA in amazement…I don’t know how I survived. A favorite winter memory of mine is twofold: walking to the podium wearing that dark green artic jacket with the hood surrounding my face (as everyone did in those days; it was a mandatory uniform, I think), and then finding a tunnel between the buildings so I didn’t have to walk outside between classes. I remember those tunnels to be some type of service routes that weren’t really supposed to be used by students, and it was kind of a maverick thing to do! -Ann Abrams Feinstein ’73

My favorite winter memory at Albany? Why traying, of course! At the first snowfall, we’d surreptitiously remove our trays from the cafeteria, wait (not too long!) for the ground to be covered, and tray on the campus hills – almost as much fun as Fountain Day!

A more personal memory involves knowing a little history: The campus was designed for the southwest, so while the wind tunnels may perhaps have been a welcome breeze in that climate, Albany was in no such need. I have a vivid recollection of being grabbed by a gust of wind as I turned a quad corner, being lifted off my feet and “flying” for a good 15 feet. It was awesome! But try as I might for the rest of my college career, I never, ever again was able to harness another such gust to ride. -Susan Natale ’74

In January or February 1976, I was with other SUNYA students in an apartment in Watervliet, which was a mistake to begin with, being so far from the school and the downtown dorm area. It was raining and about 40 degrees outside and the temperature dropped dramatically overnight, down to minus 10, if memory serves correctly. The result was a thick sheet of ice on everything. First, we couldn’t get into my car. When eventually we did, we couldn’t shut the door. By the time we got things working hours later, we had missed all the day’s classes, and we were bummed out about the prospect of trying to get all the notes, etc.  I had a job delivering Walt’s subs to the dorms part time, and it was my night to work. When I did the delivery to one of the towers I saw a sign stating that classes had been cancelled for the day, which was a relief but also a surprise – classes were never cancelled any of my previous three years at Albany despite varying amounts of snow, and it never occurred to me or my roommates to check to see if school was canceled! -C. Kevin Donovan ’76